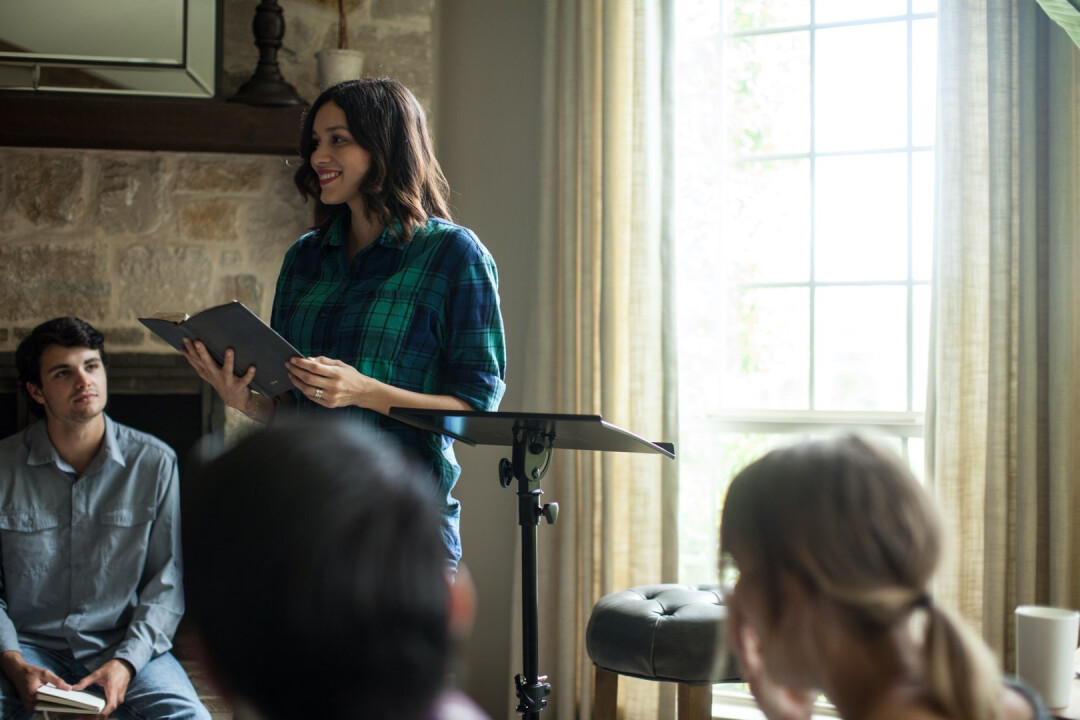 When I was teaching the series Growing Girls in my church, I said I was working on a list of women teachers. As promised, here is my "list," but rather than it being a list of names - it is a treatise concerning this day of Christian women celebrities. I could write SO MUCH MORE but this is a start. Please feel free to comment or ask a question ... my heart is to obey God in my own life and as He leads, help other women to do the same. So here goes ...

On one end of the spectrum we have women who are complete heretics – they would not view themselves that way and they may even have portions of truth nuggets in what they say, but there are major problems with their doctrine and they are teaching a false gospel and should be completely avoided.

On the other end of the spectrum there are women who are completely orthodox, who not only teach the gospel and the truth of the gospel but also teach the proper perspective of biblical womanhood and practical application for living it out. They understand the roles of both men and women, understand the biblical narratives, commands, accounts, and biographies in the Scriptures. Though not perfect (none of us are), these women would be highly recommended.

Then, in the middle of the highly recommended and the heretics, there is so much mushy ground filled with mushy women. There are women who might be close to those we would highly recommend but there is so much error in their teaching plus the direction in which they are moving make them the king of women we don’t recommend. We might have recommended them a few years ago but they’re moving closer to the middle. Then there are those in the middle but they are leaning against the heretic line. We would not call them heretics yet but they are so close, probably given a few years they will be full-blown in that camp.

We see this throughout history with people who started out seemingly doctrinally sound but then moved - and either completely abandoned or almost abandoned Christian orthodoxy. Popular women’s authors of the past like Hannah Whitall Smith or Hannah Hurnard come to mind. There are others but these stand out because their books have been Christian bestsellers even to this day and supposedly solid women have not only recommended them - but love them. I was exposed to both of these authors and their books when I was an early staff member with Campus Crusade for Christ. At the time, I sensed there was something not quite right but I was not mature enough in my discernment You do anything except stay away from their writings. I am so glad I did

Women, it seems, tend to flock after women teachers who appeal to their senses, emotions, and have an “I’m like you” relationship – girlfriend to girlfriend thing and often women almost develop a sense of “worship” toward their women teachers to the point that even if heresy or false teaching is brought to their attention, they defend their “women teachers” because they have developed a sisterhood - rather viewing their teachings from the lens of Scripture.

Today there are so many “false teaching celebrity women” who are capturing the hearts of good godly men and building a relationship with supposedly orthodox men where even these men are not willing to call the women out (respectfully) on their teaching errors. This is tragic.

And the sad thing is, those men who are willing to call them out are labeled as misogynists and oppressive – labeled as men who only want to put women down rather than as men who are trying to hold fast the faithful word as God calls them to do.

Keep in mind that there is a reason certain Bible studies are not in our church, certain authors are not in this church. Our pastors and the elders here want to protect the flock. Sometimes there are books and study materials that have been recommended or available in the past but then they get pulled because the author and/or authors are going in a wrong direction.

God’s way is that His people are taught and nurtured through the local church. God equips His church with members who are capable of teaching, discipling, and leading the people within its own membership. Of course using other materials is very, very helpful and encouraged but they have to be carefully weighed. There are so many authors that we love – other pastors like a John MacArthur or Alistair Begg or an author like Elisabeth Elliott.

However, so often people write and publish books to get a speaking gig or to line their own pockets with money. Nothing wrong with earning money from writing but again, we have to be so careful. And in this day where everyone wants to be famous and known, we have to be even more careful. So many of these women have become the cash cows of Christian bookstores and publishers - and even good godly people are tempted by the power, money, and influence and they end up not holding fast to the truth.

It’s very important that a woman teacher does not violate 1 Timothy 2:12. This means she is not to teach or exercise authority over men. Period. This is different from speaking to a mixed group where she shares her testimony or prays or something like that - but if she is opening up the Word of God and teaching it, she is disobeying God. If she says she is under the authority of a pastor or an elder, then not only is she disobeying the Word of God – her pastor or elder is disobeying the Word of God. A pastor or an elder cannot allow something that God forbids. God‘s Word is so clear. Obviously, that’s just one passage in Timothy but this is taught all throughout the Scripture.
This goes without saying or it should go without saying, but a woman who is teaching should not be living in any kind of open unrepentant sin. This can take forms - but if she is living with her boyfriend or she is a lesbian, or she approves of homosexual marriage and lifestyles or she is actively seeking an unbiblical divorce or anything like that ...
Some women are completely orthodox and she teaches the biblical roles of men and women - but if she is a mom of young children, she should not be spending the bulk of her time away from the home to pursue anything - even Christian ministry. Her most important Christian ministry is right around her kitchen table. I know this is difficult for so many gifted women but that is because they have been infected with the spirit of the age and they like the notoriety and they like feeling like they’re doing something “more.” How is it that we think "more" is out there when God has entrusted us with the "more" right in our own homes? We have children to teach, train, and raise. To give the BEST of our knowledge!!! But here’s there's this too, whatever age or stage a woman is in, the bulk of her ministry outside of her home would be employing her gifts serving in her local church where she knows the people and the people know her. This is what the Scripture teaches.
God loves the local church. He established it and it is the main place where we serve God's people and use our gifts.
Also a woman teacher should be teaching through the lens of Titus chapter 2. It's not that she's teaching that passage exclusively, she can and should teach and exhort from ALL of Scripture BUT she is teaches through the lens of Titus 2, helping women live out right doctrine as they go about the duties that God clearly assigns to women. A woman should teach like a woman – not like the pastor or like a man.
It’s very important that a woman teacher is not partnering or appearing with false teachers. This is a violation of 2 John 9-11. But see, in our day women want to be so kind and sweet and likable by everyone, so much so that they do not want to ever take a stand. They want to be all inclusive so as to be popular- even if they know better - and they end up partnering with anyone. This is so dangerous.
If I am not familiar with a particular woman about whom someone asks me, I check these things – sometimes I don’t even need to examine what a woman has taught or what she is writing because if she is violating 1 Timothy 2:12, I know she can’t be trusted. If she can be deceived on that one issue, she can be deceived on so many more ...

This, of course, doesn’t mean that some of these women are teaching flat out heresy as a whole, but I would not recommend them, especially because of the direction in which they are going. There are several women teachers whom our elders would have recommended five years ago but now because of what these women are teaching and in what they are doing, no more. Sometimes people start out correctly but then they begin to drift. In light of that, from time to time, our elders pull their works from our bookstore and no longer recommends them.

As much as I would like to name particular names, I’m not going to do that at this point. Even if I did name them, I would not be saying that they are not nice people – please do not misunderstand me - it just means that we should not be following them as teachers at all even though they are extremely popular among so many women.

There are plenty of men who are dangerous as well. But usually women worship other women. And I teach women.