The Bible's Word on Alcohol 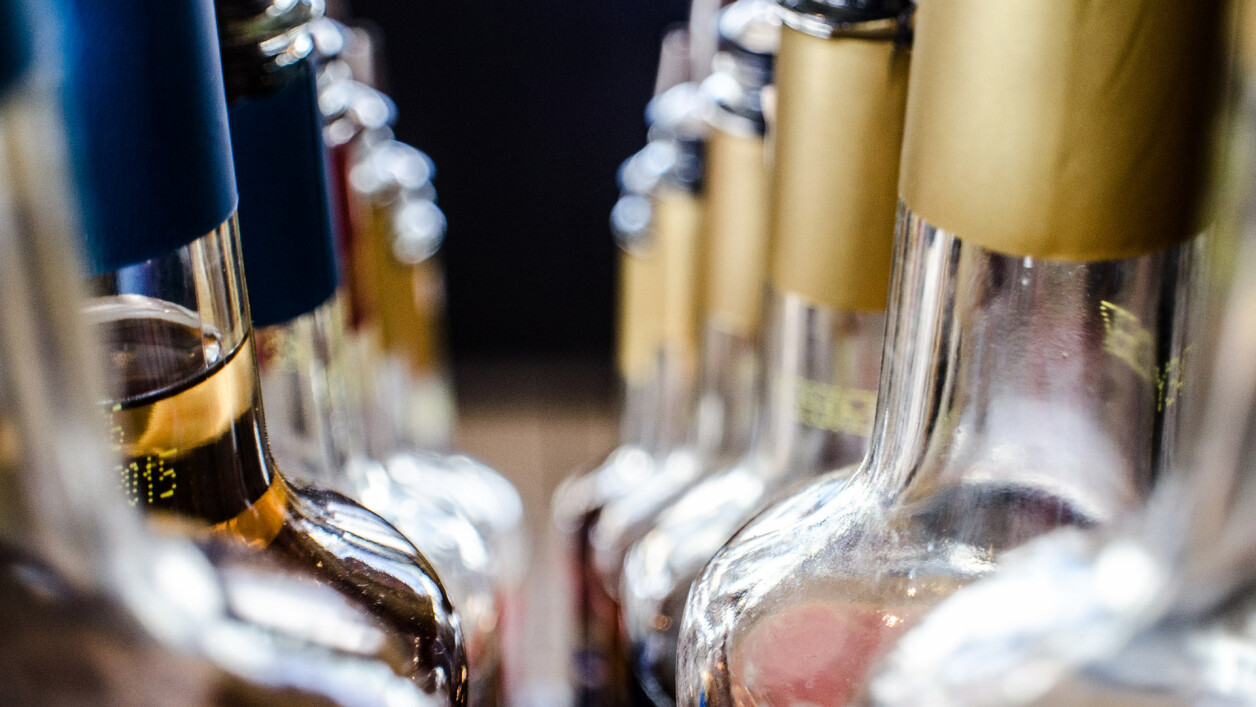 A number of listeners have asked for a reprint of the following article from Christianity Today which first appeared in 1975. Pastor Broggi mentions this article quite often when asked about what the Bible says about drinking alcohol:

As evangelicals we maintain that the Bible is for us the only infallible rule of faith and practice. It is our final authority in all matters of doctrine (faith) and ethics (practice). Yet the Bible was not written to evangelicals living in the twentieth century. The science—or better, the art—of interpreting the biblical text so that the revelation of God written centuries ago is meaningful and correctly understood today is called “hermeneutics.” The basic principle of hermeneutics, to be somewhat simplistic, is that the question “What does it mean for us today?” must be preceded by the question “What did it mean for them yesterday?” If we do not seek first to understand what the text meant when it was written, it will be very difficult to interpret intelligently what it means and demands of us today.

My subject here is the use of the term “wine” in the New Testament. Some readers may already be thinking, “Is he going to try to tell us that wine in the Bible means grape juice? Is he going to try to say that the wine mentioned in the New Testament is any different from the wine bottled today by Christian Brothers or Château Lafite-Rothschild or Mogen David?” Well, my answers are no and yes. No, the wine of the Bible was not unfermented grape juice. Yes, it was different from the wine of today.

In ancient times wine was usually stored in large pointed jugs called amphorae. When wine was to be used it was poured from the amphorae into large bowls called kraters, where it was mixed with water. Last year 1 had the privilege of visiting the great archaeological museum in Athens, Greece, where I saw dozens of these large kraters. At the time it did not dawn on me what their use signified about the drinking of wine in biblical times. From these kraters, cups or kylix were then filled. What is important for us to note is that before wine was drunk it was mixed with water. Thekylix were filled not from the amphorae but from the kraters.

The ratio of water to wine varied. Homer (Odyssey IX, 208f.) mentions a ratio of 20 to 1, twenty parts water to one part wine. Pliny (Natural History XIV, vi, 54) mentions a ratio of eight parts water to one part wine. In one ancient work, Athenaeus’s The Learned Banquet, written around A.D. 200, we find in Book Ten a collection of statements from earlier writers about drinking practices. A quotation from a play by Aristophanes reads: “‘Here, drink this also, mingled three and two.’ Demus. ‘Zeus! But it’s sweet and bears the three parts well!’” The poet Euenos, who lived in the fifth century B.C., is also quoted:

The best measure of wine is neither much nor very little;
For ‘tis the cause of either grief or madness.
It pleases the wine to be the fourth, mixed with three nymphs.
Here the ratio of water to wine is 3 to 1. Others mentioned are:

3 to 1—Hesiod
4 to 1—Alexis
2 to 1—Diodes
3 to 1—Ion
5 to 2—Nichochares
2 to 1—Anacreon
Sometimes the ratio goes down to 1 to 1 (and even lower), but it should be noted that such a mixture is referred to as “strong wine.” Drinking wine unmixed, on the other hand, was looked upon as a “Scythian” or barbarian custom. Athenaeus in this work quotes Mnesitheus of Athens:

The gods has revealed wine to mortals, to be the greatest blessing for those who use it aright, but for those who use it without measure, the reverse. For it gives food to them that take it and strength in mind and body. In medicine it is most beneficial; it can be mixed with liquid and drugs and it brings aid to the wounded. In daily intercourse, to those who mix and drink it moderately, it gives good cheer; but if you overstep the bounds, it brings violence. Mix it half and half, and you get madness; unmixed, bodily collapse.

It is evident that wine was seen in ancient times as a medicine (and as a solvent for medicines) and of course as a beverage. Yet as a beverage it was always thought of as a mixed drink. Plutarch(Symposiacs III, ix), for instance, states. “We call a mixture ‘wine,’ although the larger of the component parts is water.” The ratio of water might vary, but only barbarians drank it unmixed, and a mixture of wine and water of equal parts was seen as “strong drink” and frowned upon. The term “wine” or oinos in the ancient world, then, did not mean wine as we understand it today but wine mixed with water. Usually a writer simply referred to the mixture of water and wine as “wine.” To indicate that the beverage was not a mixture of water and wine he would say “unmixed(akratesteron) wine.”

One might wonder whether the custom of mixing wine with water was limited to the ancient Greeks. The burden of proof would be upon anyone who argued that the pattern of drinking wine in Jewish society was substantially different from that of the examples already ‘given. And we do have examples in both Jewish and Christian literature and perhaps in the Bible that wine was likewise understood as being a mixture of wine and water. In several instances in the Old Testament a distinction is made between “wine” and “strong drink.” In Leviticus 10:8, 9, we read, “And theLORD spoke to Aaron, saying, ‘Drink no wine nor strong drink, you nor your sons with you, when you go into the tent of meeting. . . .‘“ Concerning the Nazarite vow Numbers 6:3 states that the Nazarite “shall separate himself from wine and strong drink.” This distinction is found also in Deuteronomy 14:26; 29:6; Judges 13:4, 7, 14; First Samuel 1:15: Proverbs 20:1; 31:4,6: Isaiah5:11, 22; 28:7; 29:9; 56:12; and Micah 2:11.

The 1901 Jewish Encyclopedia (Vol. 12, p. 533) states that in the rabbinic period at least “‘yayin’ [or wine] ‘is to be distinguished from ‘shekar’ [or strong drink]: the former is diluted with water (mazug’); the latter is undiluted (‘yayin hal’).” ln the Talmud, which contains the oral traditions of Judaism from about 200 B.C. to A.D. 200, there are several tractates in which the mixture of water and wine is discussed. One tractate (Shabbath 77a) states that wine that does not carry three parts of water well is not wine. The normal mixture is said to consist of two parts water to one part wine. In a most important reference (Pesahim 108b) it is stated that the four cups every Jew was to drink during the Passover ritual were to be mixed in a ratio of three parts water to one part wine. From this we can conclude with a fair degree of certainty that the fruit of the vine used at the institution of the Lord’s Supper was a mixture of three parts water to one part wine. In another Jewish reference from around 60 B.C. we read, “It is harmful to drink wine alone, or again, to drink water alone, while wine mixed with water is sweet and delicious and enhances one’s enjoyment” (II Maccabees 15:39).

In ancient times there were not many beverages that were safe to drink. The danger of drinking water alone raises another point. There were several ways in which the ancients could make water safe to drink. One method was boiling, but this was tedious and costly. Different methods of filtration were tried. The safest and easiest method of making the water safe to drink, however, was to mix it with wine. The drinking of wine (i.e., a mixture of water and wine) served therefore as a safety measure, since often the water available was not safe. (I remember drinking some water in Salonica, Greece, that would have been much better for me had it been mixed with wine or some other purifying agent.)

When we come to the New Testament the content of the wine is never discussed. The burden of proof, however, is surely upon anyone who would say that the “wine” of the New Testament is substantially different from the wine mentioned by the Greeks, the Jews during the intertestamental period, and the early church fathers. In the writings of the early church fathers it is clear that “wine” means wine mixed with water. Justin Martyr around A.D. 150 described the Lord’s Supper in this way: “Bread is brought, and wine and water, and the president sends up prayers and thanksgiving”(Apology 1, 67, 5). Some sixty-five years later Hippolytus instructed the bishops that they shall “eucharistize [bless] first the bread into the representation of the Flesh of Christ; and the cup mixed with wine for the antitype of the Blood which was shed for all who have believed in Him”(Apostolic Tradition XXIII, 1). Cyprian around A.D. 250 stated in his refutation of certain heretical practices:

Nothing must be done by us but what the Lord first did on our behalf, as that the cup which is offered in remembrance of Him should be offered mingled with wine. . . .

Thus, therefore, in considering the cup of the Lord, water alone cannot be offered, even as wine alone cannot be offered. For if anyone offer wine only, the blood of Christ is dissociated from us: but if the water be alone, the people are dissociated from Christ. . . . Thus the cup of the Lord is not indeed water alone, nor wine alone, unless each be mingled with the other [Epistle LXII, 2, 11 and 13].

Unmixed wine and plain water at the Lord’s Supper were both found unacceptable. A mixture of wine and water was the norm. Earlier in the latter part of the second century Clement of Alexandria stated:

It is best for the wine to be mixed with as much water as possible. . . . For both are works of God, and the mixing of the two, both of water and wine produces health, because life is composed of a necessary element and a useful element. To the necessary element, the water, which is in the greatest quantity, there is to be mixed in some of the useful element [Instructor II, ii, 23.3—24.1].

To consume the amount of alcohol that is in two martinis by drinking wine containing three parts water to one part wine, one would have to drink over twenty-two glasses. In other words, it is possible to become intoxicated from wine mixed with three parts of water, but one’s drinking would probably affect the bladder long before it affected the mind.

In concluding this brief article I would like to emphasize two points. First, it is important to try to understand the biblical text in the context in which it was written. Before we ask “What does the biblical text mean for us today?” we must ask “What did it mean to them originally?” Second, there is a striking difference between the drinking of alcoholic beverages today and the drinking of wine in New Testament times. If the drinking of unmixed wine or even wine mixed in a ratio of one to one with water was frowned upon in ancient times, certainly the drinking of distilled spirits in which the alcoholic content is frequently three to ten times greater would be frowned upon a great deal more.

Robert H. Stein is associate professor of New Testament at Bethel College, St. Paul, Minnesota. He has the B.D. from Fuller Seminary, S.T.M. from Andover Newton Theological School, and Ph.D. from Princeton Seminary.